A Matter of Perspective by Sabrina Calhoun

The Gospel of Paul – Episode 9

Prize What Is Of Real Value by Christine Smith 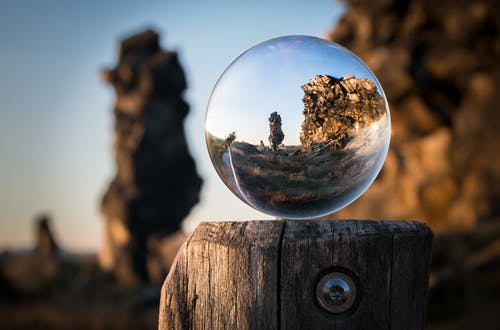 July 15, 2015, two days after my 45th birthday, was one of the best days of my life. Of course, how we determine a good day has to do with perspective. Let me explain.

We all know the story of Daniel in the Lion’s Den. The day that Daniel was thrown into the lion’s den can be considered a bad day. However, when God shut the mouths of the lions and Daniel survived, it became a good day. In fact, that day, Daniel became the center of one of the greatest and well-known miracles of all time. And we have all had situations that have happened that at first seemed bad, like Daniel’s. After we took a closer look and saw them from a different perspective, we saw them as good. One of my most significant situations happened about five years ago.

About three weeks before July 15th, 2015, I was scheduled two days off in a row during the middle of the week, which rarely happened. The  Holy Spirit strongly impressed on me to take the time to find a new primary doctor and schedule an appointment to get a thorough physical to find out why I was so tired all the time. And I felt I needed to schedule a mammogram.  I could not get in with the primary doctor for a month, and the breast clinic could not see me until I had seen her.  However, my answer to this one question asked by the breast clinic changed everything. “ Do you have any lumps you have found in or around your breasts?” I told them yes. I had some fatty tissue above my right breast that had been slowly growing for about seven years. Previous doctors had said it was nothing to worry about, but they never checked it out because breast cancer did not run in my family. The lady at the breast clinic saw it differently. She called my new doctor and got me in the next day.

After examining me thoroughly, my primary doctor made an appointment that same day to get a mammogram. She also felt my abdomen, and it did not feel right, so she also scheduled me for an abdominal ultrasound before the mammogram. The doctor said that I must be living right because that never happens – getting appointments like that quickly and on the same day.

To make a long detailed story short, the mammogram revealed two tumors.  The one I was told previously was fatty tissue and another one inside my right breast. And the abdominal ultrasound showed a lot of ovarian tumors. I was scheduled for a breast biopsy within days and scheduled for surgery to remove the abdominal tumors and have them all biopsied over a month later.

The breast biopsy was done on July 1, 2015, and I was told it would take two weeks for the results to come back. Since John 16:13 says that the Holy Spirit will guide me in all truth and tell me things to come, I asked God what would happen. I was praying for an immediate miracle but sensed something different would happen. I felt the Holy Spirit was saying that one tumor would be benign and the other malignant.

Exactly two weeks later, on Friday, July 15, 2015, I was at work managing the day shift at the restaurant I worked at and was getting off at 6 pm. At 4 pm, I was told that I had a phone call over my headset, so I took it in the office. It was the call I had been waiting for. The breast clinic cancer nurse said that she had the results of my biopsy. One of the tumors in my breast was negative for cancer, and the other one, the one above my breast on my chest, was positive for cancer.

That day changed my life as I knew it up until then. I was diagnosed with stage 2A breast cancer that was growing towards my heart and lungs. It had also spread to my lymph nodes. It had been growing undetected for at least seven years and would have killed me if it had not been so slow-growing. We had found it in time.

For a couple of years after the surgeries and treatments, I saw July 15, 2015, as a bad day that I despised. Because of that day, I had to leave my career and slow down my life to heal. However, after having four friends get diagnosed with cancer after me and dying because their cancers were found too late, my perspective has changed.

I have now chosen to celebrate July 15th as the day that God exposed that hidden cancer and saved my life.

Job 12:22 says in the NLT version, “He uncovers mysteries hidden in darkness, he brings light to the deepest gloom.” When God did this for me, I had a decision to make. I could choose to see it as a good thing or be angry at how the process to save my life has changed my life. From the perspective that I could be dead like my friends, I am now grateful for that day.  After all, it is all a matter of perspective.

Sabrina Calhoun is a mother of three children from Central Texas.  She is a graduate of Embracing His Grace Bible School out of Fort Worth, Tx.  Sabrina has been a restaurant manager, catering manager, and event coordinator who loves team building. She is a cancer survivor and is a writer. She also loves teaching the Word whenever she can. Sabrina is a part of the ZChurch prayer team.