The Gospel of Paul – Episode 31

The Gospel of Paul – Episode 32 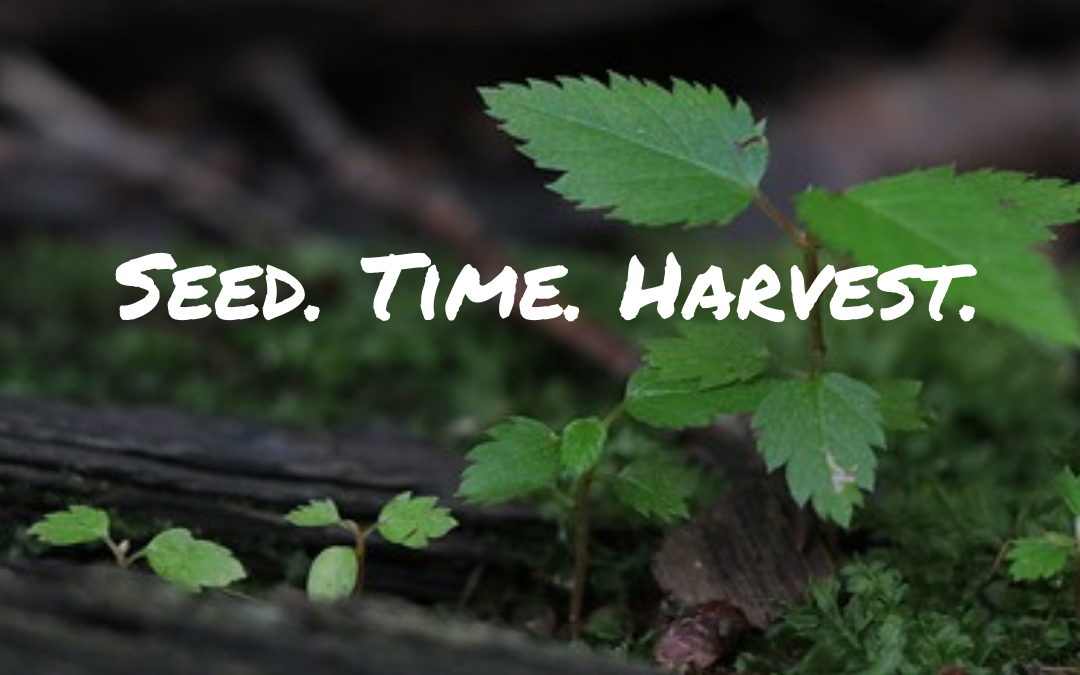 In May of 2020, Pastor Larry Huggins spoke a prophetic word of financial increase over me during a ZChurch service. It was in the early days of ZChurch before we had our online technologies mastered, so we failed to get a recording of that service to use for a transcript. Nevertheless, the message was to the effect that God had been watching my financial giving and seeing that it had been faithful and consistent, in season and out. Pastor Larry announced that a significant increase, or a large sum, was coming and that it would be from an unexpected source.

Over the following weeks, I would find myself thinking about from where such a financial increase could come. But then I would remember that the prophetic word said it would be from an “unexpected” source, so anything I could think of was automatically disqualified.

I’m a landlord, and rental income is my primary source of revenue. I could imagine rents increasing or expenses decreasing and thereby realizing a financial increase over time. However, that didn’t fit the wording of the prophetic message that indicated a more sudden increase from a specific source, and an unexpected source at that, which rental income was not.

At one point, I caught my mind trying to go through a list of rich relatives that hadn’t died yet, but then I remembered that I don’t have any wealthy relatives.

Eventually, I quit thinking about the matter. Not that I stopped believing for the prophetic word to be fulfilled, but I quit trying to help God figure out how He could do for me what He had told me I wouldn’t be able to figure out how He would do it.

In the summer of 2020, the Zillow real estate website sent me an update on the current estimated value of my home. It appeared my house was worth $30,000 more than I had previously thought. I questioned if that could fulfill the word about a financial increase. But I was quickly distracted by other things and didn’t really consider it further.

In the fall of 2020, while on the Parade of Homes tour over in Idaho (about 20 miles away), I discovered that there was an unprecedented number of people fleeing California and trying to get into north Idaho and the surrounding area. I observed that it was causing an increase in home prices, but I didn’t realize the extent of the effect it would have on me.

Remember, 2020 was the year of panic, pandemic, riots, a disputed Presidential election, and unprecedented government spending and debt creation that had people questioning what would happen to the country, what would happen to the economy, and whether they should just grab their money and run for the hills, as many of the Californians were obviously doing. I even paused a couple of times during the year to calmly inquire of the Lord whether to take any special measures, from buying extra food and supplies to selling everything and … well, whatever. I sensed the Lord saying that the pandemic wasn’t for me and not to do anything different than usual. So, I just stayed the course and didn’t even buy extra toilet paper.

I do an annual accounting every year in late January or February. After all the final bills, reports, and IRS forms have come in for the preceding year, I add everything up to see if I’ve made a profit, took a loss, what my giving was for the year, etc. Part of that accounting includes adding up my current total net worth, including bank accounts, the value of my pickup truck, cash on hand, and, oh yes, an estimate of the current values of my rental properties. I had forgotten about the property values.

When I got all the final numbers added into my spreadsheet, including an updated estimate of property values, I hit the last button and got a current total that left me more than a little surprised. I discovered that due to increased real estate values, my net worth had increased by 22 percent in a single year. That’s a dollar amount almost ten times my annual personal living expenses. It’s about what I had hoped to accumulate in increased net worth over the next decade if things went well. That was certainly not expected.

This is a testimony as to the current day reality of the gifts of the Spirit, including the gift of prophecy, as explained by the Apostle Paul in 1 Corinthians 12:4-11.

This is also a testimony as to the integrity of the prophetic ministry of Larry Huggins who has a long history of operating in the gifts of the Spirit.

And this is also a testimony as to the faithfulness of God to honor and reward faithfulness and consistency in giving.

It’s good to hear testimonies of other people being blessed and having breakthroughs. However, it’s even better to understand what got them there so we can repeat their success.

This isn’t a story of overnight, miracle prosperity. This is a story of God’s blessing on long-term, faithful, financial stewardship.

I’m not gloating over a financial blessing that will enable me to go out and buy another new sports car or get a time-share in Hawaii. Not that there’s anything wrong with such things “if” we have our priorities in order.

For over 20 years now, my primary vision and ambition where finances are concerned, has been to be used by the Lord as an instrument to be inserted into the cash flow and wealth systems of this world for diverting those finances through me and into kingdom works. My prophesied financial increase wasn’t about me having more money for me. It was about the Lord promoting me to the next level of stewardship over resources to be used for the funding of His kingdom works here on earth.

For those who might argue that God didn’t cause a real estate boom in my area just to benefit me, I quite agree. I don’t think God caused a boom, but he sure knew one was coming.

After my mother went home to heaven in 2018, I realized I was free to go anywhere and do anything. So, I prayed and let the Lord know I was open and available for any changes He might want to make, even if it meant selling everything and moving cross-country. I didn’t sense any new or different direction for where to live or what to do, so I stayed the course and stayed put where God had pre-positioned me in the path of a coming real estate boom. There’s a lesson to be learned in “sitting” where God has “set” you until He moves you, as opposed to running all over the countryside looking for the next big thing.

I expect we’ve all heard testimonies of God’s gracious intervention to answer prayers and bring financial miracles when people have needed them – and I’m all for that. However, I believe the Lord’s better plan is that we live a lifestyle of faithfulness and consistency in giving that leads to blessing, prospering, gradual growth, and even the occasional miracle increase of our stewardship over kingdom resources.