The Gospel of Paul – Episode 49

More Than Spectators by Terri Branham 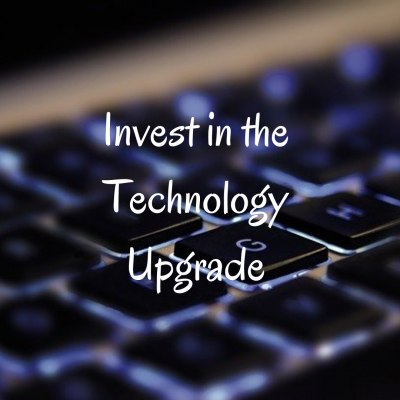 A few weeks ago, we announced the need for a ZChurch technology upgrade. So today, I’m bringing an update on that effort.

When we first waded into the waters of doing online, interactive church, we were just taking our Pastor’s social media presence and Facebook Live sessions to the next level. We were doing so with Pastor’s existing personal computer and some rather old and slow technology. Since then, we’ve added some multi-streaming and other services to expand our reach. As a result, we’re now at the limits of what can be done with the existing technology. If we don’t upgrade, we will soon watch the system grind to a halt and send us all home. Therefore, I became determined that we must undertake a technology upgrade.

We’re looking to do about $4,000 worth of upgrades (increased by $1,000 from our original estimate), including a new computer, additional monitor, camera (old one already died, but we’re currently using a workaround), and related peripherals – maybe even new mics.

In the announcement I wrote at the beginning of this upgrade project, I quoted from Philippians 4:17. In reference to financial support that the Philippians had already sent to the Apostle Paul, who said:

From the beginning, I deemed this upgrade a matter of sufficient importance that I determined to do it myself if I had to or to make up any shortfall needed to get it done – and will still do so if needed. I don’t say that to boast, but to let you know that the ZChurch leadership really believes in what we’re doing and that we’re willing to lead by example.

While I may not be quite as noble as Paul, and I really do desire the financial assistance for this project, the Lord compelled me that I would do others a disservice if I didn’t invite them to participate. To exclude others would cheat them out of kingdom rewards and deprive them of fruit that could be abounding to their account. It would be like going out on the field to win the Super Bowl and not inviting you to play on the team and get your championship ring.

As Pastor Larry was teaching us about “The Joy of Serving God” this past weekend, I realized how comparatively shallow and unfulfilled my life would be had I not started serving. It would be like having stayed in the stands as a spectator instead of getting out on the field and being part of God’s winning team.

If you’re a regular ZChurch supporter, “Thank You.” We’re only inviting you to share in an extra harvest of kingdom fruit to the degree your heart compels you and that you can do so cheerfully.
(2 Corinthians 9:7)

There may be others out there who haven’t become regular supporters yet, but you’ve been watching our ZChurch YouTube videos or Facebook Live stream and are ready to take the next step of giving a one-time gift. This would be an excellent opportunity for you.

Whether you’re ready to give one dollar or a thousand isn’t what matters. What matters is the joy of serving God, being part of His winning team, and having the honor of kingdom rewards accounted to your account.