What If… by Sharon Stark

The Name Above All Names 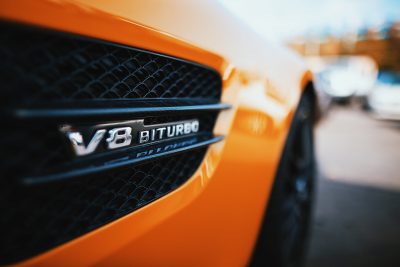 I talked to a young man the other day who was feeling very depressed about his situation with his parents. He had been taking a medication that helped him with his migraines, but intermittent drowsiness was one of the unwanted side effects of this medication. However, his symptoms were so well controlled that he was attending a local college to get his Master’s degree in Computer Engineering. He was very excited because he was going to finish his degree in nine months, and he also just got engaged to his girlfriend, who he adored.

He told me that his mother was very unsupportive of him, and she said to his face, “I don’t know what engineering company will hire you with you looking so sleepy all the time. Your girlfriend told me she’s worried too and is planning on leaving you.”

I said, “I think I would have rather been hit in the face with a fist than hear those words come from my mom.”

He said, “That’s actually word for word what I told her. She said she didn’t even care and was through with me. That made me feel sick, and I started not to care about taking my meds which made me even sicker. I asked my girlfriend if she said those things to my mom, and she said she didn’t. My mom was lying about the whole thing.”

There was a long silence because I did not know how to respond to him, so I silently asked the Holy Spirit to help me find the words needed to encourage him.

I said, “I’m not even going to pretend that I know how you feel because I don’t. What your mom said is just horrible. There’s no other way to look at it. What I like to do when people say negative things to me is use those words to motivate me, to give me more power…..”

And in a flash, an image of a turbo flashed before my eyes. (Thank you, Holy Spirit!)

His engineering eyes lit up, and he said, “Yeah! A turbo uses exhaust gasses to spin the blades of a turbine which creates a positive atmospheric intake pressure and increases power output.”

I said with a smile, “There you go. When people say negative things, they’re really just expelling wasted gasses from their mouths. By refusing to let these words injure us, we can use these waste products to motivate us…to give us more power to succeed.”

After giving the example the Holy Spirit showed me, this young man’s entire demeanor changed.

I said, “Look, man, you’re going to get through this and finish that degree. Have you ever heard the saying, “New levels, new devils?”

I said, “Look at your life. You’re nine months from getting your Master’s and possibly landing an awesome job. You just got engaged to your girlfriend. You’re trying to take things to another level, but there are forces out there that don’t want you to succeed because people are easier to control and manipulate when depressed and insecure. New levels, new devils. I’m not saying your mom is the devil, but what she’s doing clearly smells of him.”

He laughed and said, “Well, I’ll say it. She’s a devil because she can be so evil sometimes. Thanks for talking to me, man. I feel better already.”

I said, “No problem. I believe God puts people in our paths to encourage us. You could have talked to anybody today, but God put us together. You’re going to get to that other level. You just have to refuse to let those negative messages take you down.”

This young man’s story blindsided me, and I had nothing for him until that image of a turbo flashed in my mind. That was absolutely the most perfect example for his situation. It was so perfect that it had to be a gift from God because God’s Word says:

“Every good gift and every perfect gift is from above and comes down from the Father of lights, with whom there is no variation or shadow of turning.”
‭‭James‬ ‭1:17‬ ‭NKJV‬‬

“For the Holy Spirit will teach you in that very hour what you ought to say.”
‭‭Luke‬ ‭12:12‬ ‭NKJV‬‬

Finish this work week strong and be encouraged y’all, because Jesus is alive!