The Wisdom To Rest by Sabrina Calhoun 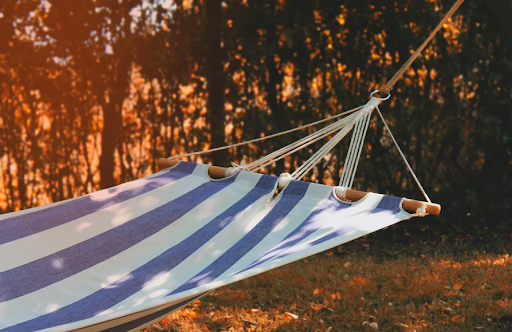 you take your time

I have really needed to let the message of this piece of poetry sink in. During this healing process I am currently in, the one thing that has been the hardest for me to accept is that it is okay for me to rest. I don’t know why this concept is so hard for me to grasp.  Even Jesus took the time to get away by himself and rest on many occasions, and He even took naps!  There is even a story about Elijah in the Bible that says he was so exhausted that he asked God to take his life. God understood that Elijah just needed a really good nap, so He put him to sleep.  So, why do I have such a hard time resting and taking the time to heal, especially after all I have been through and am currently going through physically? Instead, I have time after time unwisely pushed my body past its limits and have spent days in the hospital and months not being able to work because of it. Where did this mindset come from?

Maybe it was from when I was growing up and being warned a lot about not being lazy and not enough about the benefits of rest. “You can rest when you are dead” seemed to be the motto the successful lived by from my perspective. And as I got older, some leadership books appeared to push the importance of working hard to rise to the top and stay there. And I wanted to rise, so I adopted the mindset of pushing through sickness and tiredness and doing lots of things all the time to not be considered lazy and worthy of leadership positions. Or maybe I was trying to win the approval of others by working so hard that they would like me and let me into their circles. I do not know.

And even later, as I entered the worlds of restaurant management and event coordinating,  there was an underlying current of this mindset as well. It was hidden and masked with statements like “work-life balance,” but there was none. The people who got ahead and were promoted allowed their work to be their life. And even if you did not adopt this principle, it was forced upon you. An example is when I was about to take medical leave to have surgeries and treatments. My superiors loaded my last couple of weeks before my leave with work. Even to the point of having me work a closing shift the night before I was supposed to report to the hospital at 6 am that following day for a very major surgery. And I allowed it, even though I was in such pain because I thought I had to agree. After all, I did not want to lose my job. However, the night before my last shift, I woke up in extreme pain in the area where the cancer was found, and my mom had to take me to the ER. They said under no circumstances was I to return to work because the stress was most likely creating an environment for cancer to spread.

I should have learned from that experience, but I had not. After my treatments, I still pushed myself way too hard.  I did not want to be seen as the weak link or someone who let a cancer diagnosis beat her. My thinking was all messed up. I recognized that I needed deliverance, but I did not know how to get it.

Then about two months ago, during our ZChurch online service, Pastor Loretta Huggins read a passage of scripture from Ecclesiastes that actually freed me from this unwise mindset and brought me to a place of peace. I have heard this passage many, many times in my life, but there was an anointing on it just for me this time. Even the way she read it was like she was preaching a message just to me.

She read Ecclesiastes 3:1- “For everything there is a season, a time for every activity under heaven.” As she read, I heard the emphasis on verse 3– “A time to kill and a time to HEAL. A time to tear down and a time to BUILD UP.”  Wow! That was all I needed to hear.  It finally dawned on me that I was not being lazy or a slacker or the weak link or void of faith by allowing my body to rest and heal and build its systems up again. I was just operating in wisdom, knowing that this season was necessary for me to move forward in life whole and healed.

Jesus said in Matthew 11:28 – Come to me, all you who are weary and burdened, and I will give you rest. I praise God for freeing me from a mindset that was tiring me out and causing me to carry unnecessary burdens. I realize that having the wisdom to rest so that I can heal is good.

Sabrina Calhoun is a mother of three children from Central Texas. She is a graduate of Embracing His Grace Bible School out of Fort Worth, TX. Sabrina has been a restaurant and catering manager and an event coordinator who loves team building. She is a writer of curriculum and loves writing to encourage others.