A New Look at the Authority of the Believer By Dr. Bill Dennington 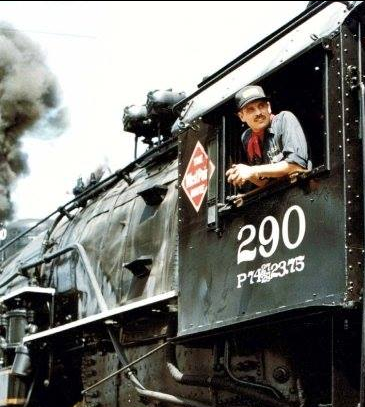 When John A. MacMillan first began writing his series of articles, now compiled into the book “The Authority of the Believer,” it was 1932, almost 90 years from our current day. Kenneth E. Hagin wrote “The Believer’s Authority” in 1979 (first edition) and openly admitted that much of what he learned of the subject began when he came across MacMillan’s articles and proceeded to launch into a personal study himself. Since that time, this important subject has mostly remained unchanged in the development and growth of the revelation past, which was introduced all those many years ago.

While it is an absolute truth that God’s Word never changes, and God Himself never changes: it also has to be understood that because we know in part, and see through a glass darkly; it is also understood that God expects us to grow in knowledge, wisdom, and understanding which allows new and greater insights to be released out of Heaven to shine on unseen and unknown dimensions of unchangeable truth.

A constant theme throughout the New Testament is that God wanted to reveal more, but it was the believers who were unable to hear it and receive it. Remaining in an infant state of growth due to being carnal, and living lives of strife, division, and discord, which has held back revelation from Heaven. If growth and development had been allowed to flood into the Body of Christ, which would have enabled the great body of New Creation of Holy Spirit-filled Christians to shift from a defensive “hold the fort” mentality to that of an advancing army that walks in the full authority to put the kingdom of darkness in a defensive mode and advances God’s Kingdom purposes in the earth with supernatural demonstrations of the Holy Spirit.

Recently, the Lord gave me an assignment to study, research, and bring the new insights that the Body of Christ needs in this hour to shift our stance from a defensive to an offensive mode of operation which will drive back and put to flight the demonic forces presently arrayed against the Body of Christ worldwide. The scripture that is now the basis of this assignment is Matthew 13:52, “Therefore every scribe which is instructed in the Kingdom of Heaven is like unto a man that is a householder, which brings forth out of his treasure things new and old.”

Jesus repeatedly taught that it was His yielded obedience to the Father’s will that was enabling Him to do and say that which was bringing the results all were witnessing being accomplished through supernatural power. John 5: 19-20, and verse 30 reveal this amazing truth: “19 Therefore Jesus answered and was saying to them, “Truly, truly, I say to you, the Son can do nothing of Himself, unless it is something He sees the Father doing; for whatever the Father does, these things the Son also does in like manner. 20 For the Father loves the Son, and shows Him all things that He Himself is doing; and the Father will show Him greater works than these, so that you will marvel.” 30 “I can do nothing on My own initiative. As I hear, I judge; and My judgment is just, because I do not seek My own will, but the will of Him who sent Me.” (NASB) All throughout the Gospel of John, Jesus repeatedly revealed that He only did what He saw from the Father, and only spoke and taught what He heard from the Father. Even though He knew the Word, and was the Word embodied in flesh, He yielded his human will as a man to the will of the Father and refused to take any self-willed actions or speak any self-willed words.

It was this one thing, being led and directed in everything by the promptings of His Father through the leading of the Holy Spirit that was the secret to His success. It was this one thing that protected Him from the constant, incessant temptations and attacks of the enemy designed to solicit from Jesus a self-willed action or word, which if He had responded in such manner it would have been iniquity and immediately disqualified Him from being able to go to the Cross as the spotless Lamb of God. Jesus gave a hint of this in John 14:30-31: “30 I will not speak much more with you, for the ruler of the world is coming, and he has nothing in Me; 31 but so that the world may know that I love the Father, I do exactly as the Father commanded Me.” (NASB) There was not one act or word of self-will, or in other words, there was no iniquity in Jesus because He laid His will as a man down to walk only in the will of the Father.

Granted, Jesus had no sin or iniquity in His blood as He carried the blood of His Father, who was God. While He had obtained His earthly flesh body legally through being born of woman; His blood had no history back to Adam as all humanity was infected with iniquity that was sown into the human race by Adam’s sin in the Garden of Eden. (See Romans 5:12-14 and Acts 17:26) However, even though we as born again believers have to contend with the weakness of our flesh due to our physical bodies not yet being redeemed (See Romans 8:23), we are capable of bringing our physical bodies under subjection to our spirits, and exercising dominion over our flesh, as well as cleansing, purging, and purifying ourselves with the mighty assistance of the Holy Spirit and the power of the Blood of Jesus, which as we do so, empowers us to successfully yield to the will of Jesus who is our Head as members of His Body and conquer the mystery of iniquity. The unhindered flow of authority through a yielded will of the believer is the key to our success in all areas of life. No matter what our station and call in the purposes and plans of the Kingdom of God as designed by our Heavenly Father and directed by our Head, the Lord Jesus Christ, if we continually walk in an intimate and daily fellowship with Him through the agency and help of the Holy Spirit, we can know and understand both the words and actions that will release that authority and accomplish the purposes of God assigned to us without the infection of self-willed actions diluting our effectiveness.

Your relationship and fellowship with Jesus are the key to your success and walking in authority. Learn to be constantly aware of and listening to His Voice within you as the Holy Spirit leads, guides, and directs you as a son of God. Do what He tells you to do, and say what He tells you to say. Avoid as much as possible self-willed actions and words that can be used by the adversary against you to deny you the right to release this awesome authority at the highest level possible. Discipline your mouth, your mind, your emotions, and govern your will to be always in submission to the Holy Spirit and you will find that you will be entrusted over time with greater and more powerful demonstrations of that authority in ways that you never dreamed possible. Jesus is dependent upon us all to learn this discipline. It is that which allows Him to legally demonstrate His glory in the earth. He can only do that through citizens of Heaven that are still legal citizens of the earth living in physical bodies. We are the fulness that fills Him that fills all in all. (Ephesians 1:22-23)

Dr. Bill Dennington is a seasoned minister who has been in active ministry since 1978; has pioneered two churches; and has traveled both nationally and internationally speaking in churches, Bible schools, and conferences. Bill and his wife, Lorie, have been married since 1982, have two children, and three grandchildren. His daily video devotionals called “Words for the Heart” are viewed around the world on YouTube. Pastor Bill is an avid antique train enthusiast.
Website: https://harvestfirechurch.org/
Facebook: https://www.facebook.com/bill.dennington
Youtube:https://www.youtube.com/channel/UCbx22Blswi8dL5y9Omu86Hw?view_as=subscriber