Living the Good Life (during a pandemic) 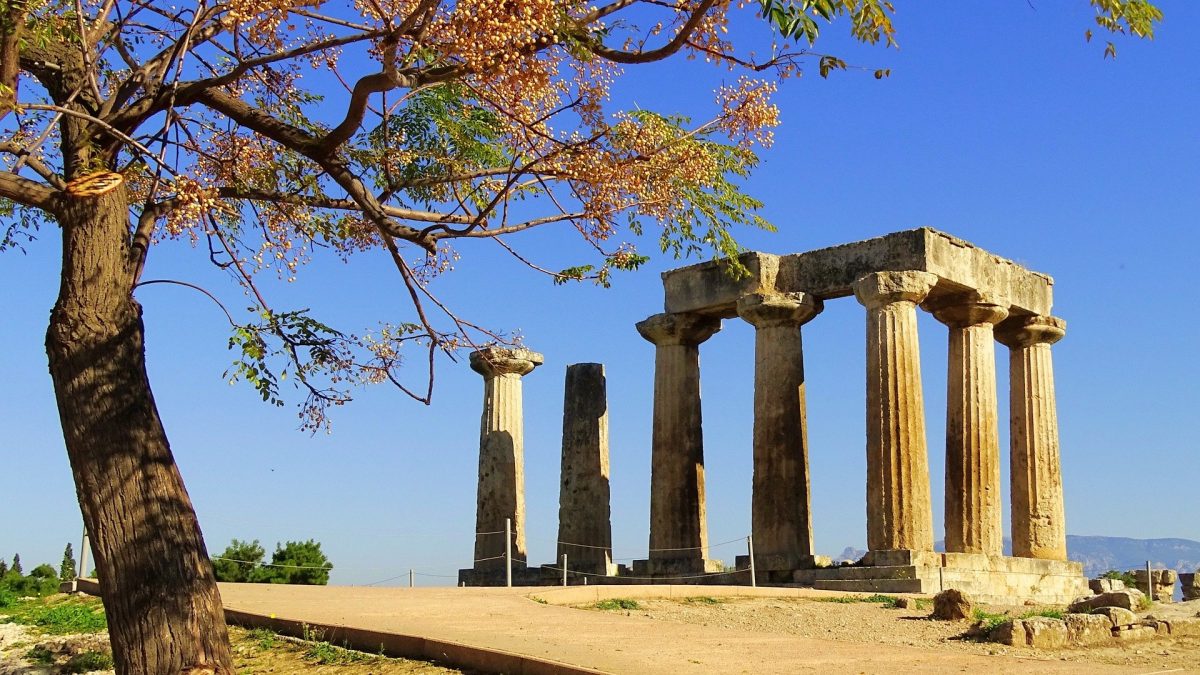 Recently, I listened to a message by Pastor Rick Renner addressing the topic of Christians participating in Halloween activities. In “How Did the Early Church Respond?” Pastor Renner referenced the Apostle Paul’s message to the Corinthians. The Apostle Paul explained that by hanging around pagan temples and eating meat offered to idols, the Corinthian believers were inadvertently having fellowship with the demons behind the idol worship (1 Corinthians 10:20).

‘Pastor Renner makes the case that if Paul thought we should flee from pagan temples where demons hang out, then Paul would probably urge believers to steer clear of activities with demonic, pagan origins as well. Even if the ghosts and goblins displayed on people’s front lawns are fake, the demons behind the observance’s origins are real, so why would we even want to pretend to have fellowship with them.

Pastor Renner and the Apostle Paul’s comments prompted me to consider another application of the same principle.

Idols, temples, and pagan festivals aren’t the only places demons hang out. The Bible talks about doctrines of demons (1 Timothy 4:1) and a form of wisdom that is earthly, sensual, and demonic (James 3:15). Evil spirits influence people with twisted wisdom and false knowledge that results in doctrines or concepts that will spread to others.

This can be more dangerous than a pagan temple full of demons. If you walk into a temple where people are worshiping idols, you’ll probably be aware of a demonic presence and guard yourself against the influence. However, doctrines of demons can show up in places where you’re not guarding against them, taking you unawares. For example, the theories of evolution (including Darwin’s) that deny the Creator as the creation source are demonic. Thus, twisting our perception and perverting our understanding of ourselves and the world around us.

Another demonic form of wisdom is the concept of gender fluidity which opens the mind to entertaining demonically inspired thoughts that one might be of a gender other than their biological sex. Yet both of these demonically inspired concepts are prevalent in government schools where children’s minds are open to instruction, and thus, susceptible to demonically inspired doctrines. When we sit down to watch the six o’clock news, we tend to open our minds to a picture of the world being painted for us by the reporters. However, over time, I have observed that the dominant news media reports on the affairs of the day as viewed through a Godless, secular humanist worldview.

Let Truth Be Your Guide

Secular humanism is a belief system that excludes the Creator and substitutes human reason as the highest source of knowledge. Thus, a secular humanist worldview tells us what the world looks like when viewed through the eyes of mortal man unenlightened by his Creator and unbounded by the context of objective truth. This of course leads to a false perception of the world around us and of human affairs. Letting the news media put a picture before our eyes of a world where God is not a part of the equation, subtly undermines a Biblical worldview and gradually teaches us to view God as irrelevant to the affairs of man.

Robert Peck lives in Spokane Valley, Washington. As a Christian man who finds himself compelled to take a stand in the civil arena, Bob has served in political campaigns, promoted Constitutional education in the community, provides technical assistance to various Constitutional causes, and also manages to write the occasional article. He is a member of ZChurch and a tech leader on the ZTeam.