Jesus Naked on the Cross

A Better Understanding of Your Spirit, Soul, and Body 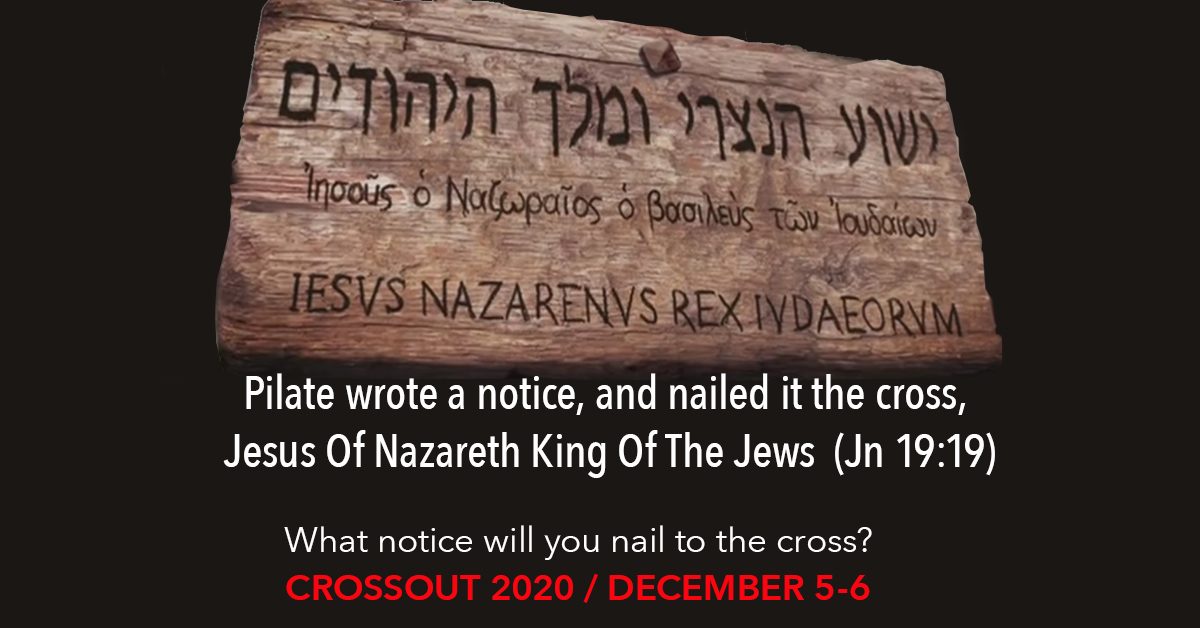 Pilate wrote a notice and nailed it to the cross: “Jesus of Nazareth King of the Jews.”  (John 19:19)

You’re standing with a noisy crowd outside the walls of Jerusalem on a hill called the Place of the Skull. They came to watch a man die.

You ask the man beside you, “Rabbi, you’re from here. Which one is the King of the Jews?”

“Watch your words, stranger! We have no king but Caesar,” he growls. “Those two are common thieves. Here comes the blasphemer – there, between the soldiers.”

You stretch yourself to see, “Yes, yes! That’s the one I saw five days ago riding into Jerusalem on an ass. Everyone was praising him and singing Hosana. They said he’s the Son of David…”

The Rabbi cut him off, “An imposter!”

“Is it true he drove the money changers out of the temple a few days ago?”

“They said when he was arrested, one of his disciples cut a Temple Guard’s ear off, and he put it back and healed him.”

“Tricks of a sorcerer,” said the Rabbi.

“A teacher of truth, right?”

“But he cast out devils…”

“By the power of Beelzebub!”

“I met a man named Bartimaeus he healed of blindness.”

“In violation of the Sabbath!”

“They say the Governor found no fault in him.”

“Fool! Sedition is a capital crime against Caesar.”

“Why the Romans? Why don’t you Jews kill Jesus?

“What, and break the Law of Moses on the Day of Preparation? We’ve got to get this done quickly. Tomorrow is the Passover…”

Just then, there’s a loud sound of a hammer striking Iron, and the crowd falls silent.

You whisper, “I can’t see, Rabbi. What are they doing.”

“The Romans are driving nails through his hands and feet. Three nails. The last one through both feet.”

There’s a pause. Then, the hammering begins again.

“What are they doing now, Rabbi?”

“They’re nailing a sign Pilate wrote to the cross, but I can’t make it out.”

“I can see, now, Rabbi. They’re raising Jesus and his cross. I can read the sign. Everybody can read it. It’s written in Hebrew, Greek, and Aramaic.”

“What does it say, Stranger?”

It says, “Jesus of Nazareth, The King of the Jews!”

“No!” Shouts the Rabbi to the Romans. “Change it to ‘He claimed to be the king of the Jews.’”

People have their ideas of who Jesus is. Pilate believed Jesus was the King of the Jews, and he nailed his belief to the cross for all to see.

Who do you believe Jesus is? Is He your Savior? Your healer? Your provider? Are you willing to nail your beliefs to the cross for all to see at the Crossout 2020 event?

Blotting out the handwriting of ordinances that was against us, which was contrary to us, and took it out of the way, nailing it to his cross. (Colossians 2:14)

Join Pastor Loretta and me, and the Amazing ZTeam, for two, four-hour, live-stream broadcasts, December 5-6, as we nail your needs to the cross for the world to see.

Email us a list of your needs – as many as you like – and email us the needs of your loved ones (please include their names and their emails). Our anointed intercessors will begin praying over your requests as soon as we receive them. Then, on the air, during the live broadcast, we will take a handwritten card with your name, first name and last initial, and your need, and make strong declarations of faith over it and invite our live stream audience around the world to pray for you. Then we will nail it to the cross and release you to receive your miracle.

I suggest you send your Crossout list right away. Also, please share this blog with all your friends and social media contacts. You can watch videos and read more about CROSSOUT 2020 on our website: zchurch.life

See you at the Cross,

Larry Huggins is a father, a husband, a pastor and a missionary, an author and a broadcaster. He has traveled to scores of nations, planting churches and bible schools, and conducting seminars and evangelistic crusades.