Healing is the Natural Effect of the Creator by Robert Peck

Teach Us To Number Our Days 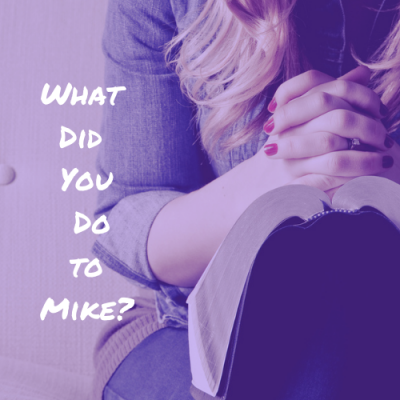 Mike sat next to me weeping audibly as my fellow campus Christian leaders turned around to see what the commotion was about, staring disapprovingly at me with a collective look that said, “What on earth did you do to Mike?”

My sophomore year had been a difficult one. I joined the InterVarsity Christian fellowship on campus and tried so hard to please God. But ignorant of His word and believing I was still just a “sinner” saved by grace, I strived to please God but always felt a mess. My small group was going nowhere fast. And as a CS major, my classes were tough! Depressed, I headed home for the summer to San Francisco, where I met Daniel, who prayed for me to be filled with the Holy Spirit. I was gloriously filled, speaking with tongues and set free from demonic bondage, including a spirit of fear. Daniel introduced me to the word of faith and new creation realities. Returning back to campus in the fall, I felt invincible in God!

In my exuberance, I shared with my fellow InterVarsity Christian leaders my newfound revelation of the infilling of the Holy Spirit with the evidence of speaking in tongues and that we are new creatures in Christ! They were less than thrilled. In fact, they pulled me aside, trying to reprogram me, saying I was too radical and extreme. I didn’t care – I was too in love with Jesus and just grateful to be filled with Him.

So this particular day, I slid into the back row of an InterVarsity campus meeting for leaders. When the speaker stood up to give a rather unhelpful and unscriptural homily, I looked at the Bible in my lap and figured what’s the harm in sharing one of my favorite scriptures with my neighbor. So, leaning over, I whispered, “Hey Mike, did you ever read this Scripture in Isaiah 54: 9-10?

“For this is like the waters of Noah to Me;
For as I have sworn
That the waters of Noah would no longer cover the earth,
So have I sworn
That I would not be angry with you, nor rebuke you.
For the mountains shall depart
And the hills be removed,
But My kindness shall not depart from you,
Nor shall My covenant of peace be removed,”
Says the Lord, who has mercy on you.

For a few seconds, he stared at the words in my Bible. Then all of a sudden, he began to sob and weep audibly, his face in his hands. Everyone turned around to see what was going on and asked if he was ok. As he collected himself, he explained that he was raised in Southern California in a dysfunctional family, and his father had been very abusive to him. As a Christian, Mike said he could relate to Jesus as his brother, but he really struggled with God as a father figure and explained that his relationship with God was strained. When I read Isaiah 54:9-10 to him, he suddenly realized just how much God, his Father, truly loved him, would never get angry with him or rebuke him because of the amazing covenant we have in Jesus, and He was not anything like his dad. The Holy Spirit met him in a powerful way, breaking off the bondage of his father’s abuse and rejection and setting him free to receive the amazing love of his Heavenly Father.

Today as you reflect on this story, I want to leave you with two thoughts. First, no matter what your earthly father was like, your Heavenly Father is so much more beautiful, compassionate, merciful, and loving than you can ever imagine. And, never underestimate the power of speaking God’s word to someone. One word from God can literally change a person’s life forever!

Barbara Paul is a lover of Jesus, wife, and homeschool mom, who is excited to share new creation realities in Christ and the gifts of the Spirit! She’s a member of the ZTeam.