Healing is the Natural Effect of the Creator by Robert Peck

The Gospel of Paul – Episode 57

What Did You Do To Mike? by Barbara Paul 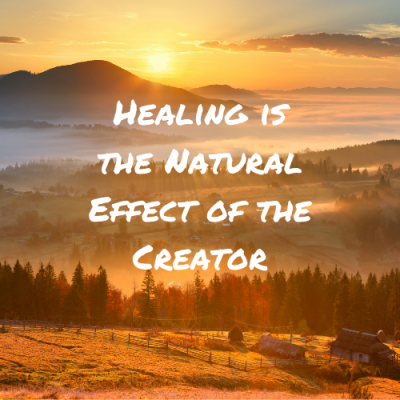 “Healing is the natural effect of the Creator coming in contact with His creation.” – Robert Peck

This thought actually came to me several years ago. My local church has a Thanksgiving testimony service the night before Thanksgiving Day. One of the guys shared about praying for another guy at the men’s prayer meeting and how the other guy was healed. To be honest, my flesh wanted to recoil a little and pridefully think to itself, “Why did that happen for him? He’s not that super-spiritual, gifted, or anointed.” But, on the other hand, I suppose the carnal mind thinks that healing has to be something spectacular that can only happen after a week of fasting to work up enough “super-faith.”

I’m all for growing in faith, and it’s something I’m seeking for myself. However, I think we err when we get the idea that to receive healing, we have to be so super-spiritual that sparks fly off us when we walk into a room. Instead, I perceive it’s more important to simply get enough doubt and unbelief out of the way so that simple, child-like faith can open the door and let the Creator come in, have contact with His creation, and do what He naturally does.