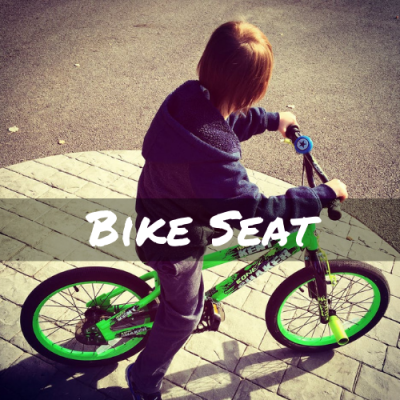 I’ve repeatedly told this little neighborhood kid not to let his older cousins ride the bike we gave him because they’re going to break it. Of course, I’ve been seeing his older cousins ride his bike over the last few weeks, and I’ve noticed the seat was starting to loosen up and get into a funky angle. It was just a matter of time before that seat broke.

Sure enough, the little kid moped up to me today and said, “Mr. Q, I rode my bike to Coyote Hills and broke my seat. I have $20. Could you please fix my seat?”

Giving him a hard time, I said, “You rode ALL the way to Coyote Hills and broke your seat? Why would you ride that far?”

I paused for glorious uncomfortable effect, then said, “One of your cousins broke this seat, didn’t they?”

He looked at the floor, almost ready to cry, and said, “Yeah. I told them not to ride my bike, but they wouldn’t listen. So they gave me the $20 to give you to fix it.”

I looked at the seat, and a special bolt was sheared in half, which only happens when a rider too big for the seat sits on it. Having fun with this, I said, “Well, little dude. It looks like this is a very special bolt that can’t be replaced. You’re going to have to get used to either sitting on that seat post or standing up all the time.”

He looked devastated, so I went to my toolbox and miraculously found the exact replacement for it. I said, “Little man, you better thank God right now that I found the right bolt for your seat.” He said, “I’m thanking Him right now. Here’s the $20.”

I said, “Keep the money and don’t lie because God hates lying, okay?”

He said okay and rode off on his bike with a big smile on his face. The best part about this whole interaction was my little son was right there the entire time, soaking in the I-told-you-so moment. I couldn’t have written a more perfect life lesson myself. Thank You, Lord!

“My son, do not despise the chastening of the Lord, Nor detest His correction; For whom the Lord loves He corrects, Just as a father the son in whom he delights.”