My First Words of Knowledge by Sabrina Calhoun 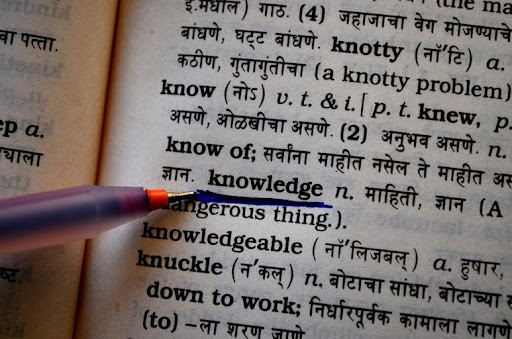 God knows how to get messages to us through whoever or whatever means necessary. In Numbers 22, He spoke to Baalim through a donkey. In Daniel 5, at Belshazzar’s feast, God just used a hand to write on the wall. That got them to pay attention! So I was really honored when He chose to speak through me for the first time.

My first words of knowledge came through me to my mom when I was only about six years old. Here’s a little back story on our family so that you can truly get the scope of how awesome this was. My mom and dad had been separated for many years after only being together a couple of years after marriage. They were very young when they married, with no good examples of good marriages around them, so the stress of family life took a toll on our family dynamic. My dad moved away and was not a part of my and my siblings’ lives except for a brief period of about five years when I was ten years old. Finally, my parents reunited and tried to make their marriage work. In my opinion, the only good thing that came out that time was my little brother.

So, during this time that I am referring to, there was only my young mom and her two “little ladies.” She called us “little ladies” all the time because she wanted us to grow up being spoken to in honorable ways. Even at a young age, she was a very good and gentle mom to us. During this particular time, my mom really needed money, as she often did, and we were driving down this one road near our neighborhood. She had chosen to walk by faith and trust God and not depend on the welfare system. She chose to believe that God could provide for us. There were some days later as a growing teenager that I sure wished we had some food stamps, but if she had caved in, we would not have seen the providing hand of God over and over in our lives.

I remember on that particular night, it was late, about 9 p.m., and past my and my little sister’s bedtime. This was a time in the early 70s when black neighborhoods were like little safe havens. We took care of each other, and we felt safe coming home from church or a friend’s house late at night. And we knew just about everyone. That night my mom prayed, asking God for provision aloud as she often did. And I, out of nowhere, told my mom that we were going to see a lady walking and she was going to give my mom some money. My mom later told me that she thought that it was too late for anyone to be out that late. I repeated it undeterred. I remember that I knew it needed to be said again.  And as we drove, sure enough, we saw a lady out walking at night. My mom never picked up strangers, but she felt compelled to help this lady. We stopped, and my mom talked to her, and we drove the lady where she needed to go. Before she got out, she gave my mom some money. Apparently, it was enough to meet her need from the rejoicing we did in the car on the way home.

The second time the Lord spoke through me that I can remember was not too much longer after that. My mom again needed money, and I told her that she was going to find some money in the house. I was a little more aware that this might be God speaking after what happened the first time. But I was still a little scared that it just might be me. The urgency to say it was not as strong as the time before, but I felt I needed to say it. So this time, I said it only once as I stood in the hallway, and then I quickly went into my room.

Time passed. My mom had been tired that morning as she often was on Saturday mornings after a long work week. She was a little stressed because she needed some money to get through the week after paying the bills. I remember her praying and speaking some scriptures out loud to help her faith. I remember that she had a strong desire to clean her room and to organize her filing cabinet. I remember the white trash bags she filled and that she did not want us in there messing up her mess.  After all, she did not have money to do anything else, so she might as well do something useful, she had said. So she needed her space. She took her time and went through every piece of paper and cleaned out each manilla file in that metal off-white four-drawer cabinet. Remember those? And then I heard her get excited. My little sister and I rushed into her room to see what was going on. She had found $60 in her filing cabinet! We could not believe it! This was the 70’s, so that was about the equivalent of $296 today!

God choosing me to speak these things to her made a huge impact on me. Although God could have used anyone or anything to lead my mom to these blessings, instead, he chose little six-year-old me. Those instances made me very careful of the words that I spoke because they could have power. I wanted to understand what had happened and if it could happen again. I was hungry to learn more, but it would be many years later before I learned that what I experienced was a spiritual gift called a word of knowledge and that they were given by the Holy Spirit.

Through these experiences and ones like this as a child, the Holy Spirit lit a fire in me that has never allowed me to stray from Him, for I knew from my own personal experience how real, how present, and how good our heavenly Father is.

Sabrina Calhoun is a mother of three children from Central Texas. She is a graduate of Embracing His Grace Bible School out of Fort Worth, TX. Sabrina is a beloved member of the ZTeam.