The Way of the Transgressor is Hard 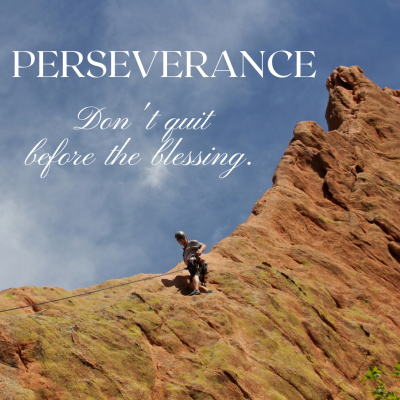 My favorite word of all time is Perseverance. It became my favorite word when I went through a faith crisis about thirteen years ago. Perseverance means to continue steadily or firmly in anything undertaken; a continued pursuit. It also implies persistence in doing something despite difficulty or delay in achieving success. (Webster’s Dictionary,1812. Oxford Languages Dictionary). Let me explain what happened.

I was thirty-seven years old at the time, and I was a divorced mother of three kids by this time. I had gone from being financially stable to believing God for everything we needed. I was growing in the things of God and growing in my faith walk.  Over the years, I saw God do some amazing things. I had many faith successes through praying and speaking the Word over every situation. I felt almost invincible. Things were good until they were not.

About this time, some situations arose in my family’s lives that were not good.  So I prayed the Word, stood on the Word, and thanked God for the answers. But nothing seemed to happen. There was not even a sign that anything was happening.  I began to feel desperate because these things were dire. Others around me who attended a discipleship class I taught were experiencing the same thing. Then one morning, I woke up early to study the Word, and the Holy Spirit impressed on me to read Jeremiah 23.  When I got to verse 29, I read it again and again, letting it sink in. It says, “Is not My word like fire [that consumes all that cannot endure the test]?” says the LORD, “and like a hammer that breaks the [most stubborn] rock [in pieces]?” Amplified Version. I became excited because this was the answer to my crisis!

Since God’s Word is like fire and a hammer that hits a rock, size matters, smaller things will burn up more quickly than bigger things.  And smaller rocks will shatter more rapidly than bigger ones.  I had to continue applying the Word until the thing burns up completely or shatters. It might take longer than I think it should, but if I want to be successful in getting rid of the thing, I could not stop.  I had to develop endurance and Perseverance and continue in the pursuit despite how difficult the task.

Remember that Hebrews 8:12 says that by faith and patience, we inherit the promises. We are also not to get tired of doing what is good because we will see results if we do not faint. (from Gal. 6:9) It is just like when Jesus cursed the fig tree. It took time for the effect of His words to manifest. I learned that we have to have perseverance until we see the answer.

From that time on, perseverance became my favorite word. And  I encourage you, if you are standing on a word from the Lord, do not give up. Persevere through until you see that thing manifest.

Sabrina Calhoun is the mother of three children from Central Texas. She is a graduate of Embracing His Grace Bible School out of Fort Worth, TX. Sabrina is a restaurant manager and event coordinator who loves team building. She is a writer and loves teaching the Word whenever she can.