Loving Me by Sabrina Calhoun

The Gospel of Paul – Episode 4 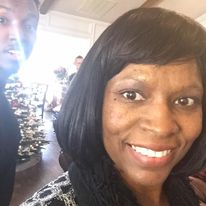 The year was 1997, and I had just experienced one of the greatest miracles of my life at the time.  I had just delivered our third child, a beautiful baby girl born two months early at  3 pounds, 4 ounces. She was tiny but miraculously healthy. The story was so miraculous, and with so many details, it would take a book to record everything God did. It should have been a happy and joyful time, but instead, I was dealing with post-partum depression and disgusted about my weight gain. I had been on complete bed rest for most of the pregnancy, and I could not exercise. The baby had been delivered by emergency cesarean section, and that also made me a little more puffy. I was bigger than I had ever been in my life, and I was unhappy. I have always been one of those people who exercise regularly and eat healthy as a way of life. I was brought up that way. When I left the hospital after having my first two children, I already had a flat belly. This time, I was fifteen pounds heavier and dealing with an identity crisis. I look back now on that time and realize that I was smaller than I was while going through chemotherapy years later.  My priorities were a little mixed up, to say the least. I will blame it on hormones.

I was going to counseling and listening to a lot of Joyce Meyer’s teachings at the time to help me. I also had good Godly friends who were giving me good Godly advice. And there was one common thread of advice running through them all. It was that I should speak positive confessions over myself every day while looking in the mirror.

So, every morning, I would wake up and look at myself in the bathroom mirror and say this poem I wrote for the occasion:

There is not another me that I want to be.

There is not another me that I need to be.

I added the part about my skin because I believed a lie from the enemy that if I were white, my life would be better. This came from the racism and inequality I had experienced from being African American.

After a while of saying this every day, I started to believe my words.  I began to love the beautiful caramel brown skin God had given me. I developed a confidence that if others did not see value in me as an African American woman, it was their loss. I saw value in me, and so did God.  I looked at my body differently in a positive way and was amazed that it had birthed three beautiful children, and I was appreciative. As I saw different, the depression began to lift.

Psalms 139:14 says, “Thank you for making me so wonderfully complex! Your workmanship is marvelous – how well I know it.”  God does not make mistakes, and we are who we are for a reason. I encourage you to embrace that and really appreciate His awesome workmanship of you, and love yourself!

Sabrina Calhoun is a mother of three children from Central Texas.  She is a graduate of Embracing His Grace Bible School out of Fort Worth, TX.  Sabrina is a restaurant manager and event coordinator who loves team building. She is a writer and loves teaching the Word whenever she can. Sabrina is a member of the ZTeam prayer team.