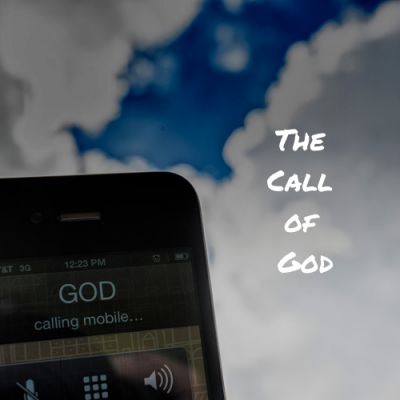 For the gifts and calling of God are without repentance.
Romans 11:29

If you’re anything like me, you’ve probably often wondered to yourself whether God has placed a calling on your life or not. Growing up in church, you would attend revival meetings of various sorts, watch famed televangelists performing seemingly great exploits for the Kingdom of God and wonder in amazement at these giants of the faith, all the while thinking, “Obviously, God has placed a special calling on their lives.”

And then you would watch some of these same giants fall with a loud, thunderous thud and breathe a sigh of relief, “I’m glad God hasn’t called me!”

Let’s look to the bible for some clues that might help us better define what the calling of God might be.

Exodus 2:6
God introduces himself to Moses.

Exodus 2:7
God explains to Moses why he called him.

Exodus 2:8
God explains to Moses that he is calling his people out of Egypt.

You’ll note that God doesn’t beat around the bush. He certainly knows how to cut to the chase.
For the record, note that God did not limit his calling to only some of his people; He unequivocally excluded no one.

God is straightforward and NOT the author of confusion (1 Corinthians 14:33), so I think we can heartedly agree that God most assuredly had placed a calling not just on Moses but also on all his people.

On the face of it, it certainly doesn’t come across as a very glamorous calling. He is simply telling Moses to move his people from point A to point B.

Fast forward a few decades, and we discover that not everyone God had called made it into the Promised Land. Still, you won’t find anywhere in the Bible where God had expressed regret and repented of his decision to call his people out of slavery and bondage, which begs the question:

A quick review of Hebrews 3:18,19 and 4:2 states that those who fell short of entering into the Promised Land failed to do so because of their unbelief.

Hebrews 11:6 speaks volumes of the importance God places on his children having faith. Is it safe to conclude then that God isn’t in the business of hoodwinking anyone? Can we rest assured that once God calls you, he’s not going to say, “Oops, wrong number!”

Heaven forbid we would entertain the thought that God just might, for some unforeseeable reason, withdraw his call on us; that thought alone would certainly undermine our confidence in Him and begin to erode our faith, wouldn’t it?

So how would we know if God is calling us or not?

Well, for starters, consider these gems. (I like to think of them as gifts.)

2 Corinthians 5:21
…that we might be made the righteousness of God in Him.

I can hear you thinking, “That’s it!? That’s the Call of God!?” But…but…but I thought the Call of God would be glamorous! I thought he would call me to some faraway land to present the splendors of his kingdom to ignorant natives!”

And here’s where I get to throw water on your inflated ego. “No. God is simply asking you to move from Point A to Point B.” His plans don’t change. He wants to lead you out of bondage into his glorious liberty. He wants to move you out of your present state of mind into the Mind of Christ. It’s a journey. It’s not easy. But he’ll be with you every step of the way.

Now reread the verse at the top of this blog. Are you seeing it in a different light?

God clearly doesn’t see you the way you see yourself. He’s given you a looking glass called the Bible. Have a look and start calling yourself the way God calls you.

What about Moses, then? Where does he fit in all of this? Obviously, God did place a special calling on his life apart from the calling he had placed on his people living in slavery and bondage.

I’m guessing Moses was the first to be assigned to the ministry of reconciliation.

And seeing that God is no respecter of persons (Romans 2:11), I’m guessing he’s assigned to us this same unglamorous ministry as well (2 Corinthians 5:18).

You can stop praying now and start acting!

Chris Holm has been living in Japan for 30 years. His passions include traveling, studying Japanese, and conversations with his Japanese wife, but not necessarily in that order. Chris is now fully woke to the righteousness of God, His grace, and His goodness – He’s done it all. Chris is a ZChurch happy camper.